hats off: The Connells - Darker Days

Your humble blogger just upgraded to Windows 7 and while there's loads to recommend it over the Vista nightmare, it still takes some getting used to. I have to say the new taskbar and its OS X-style iconification is pretty cool but I'm still confusing myself over which apps that I've pinned are actually open or not. Anyhow.... 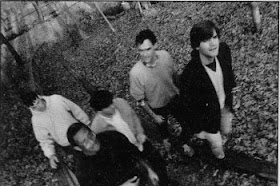 Raleigh, North Carolina's Connells were a band apparently designed by a bunch of college radio analysts. Jangly dueling 12-string Rickenbackers, check. Morrissey-style crooning, check. Indie label, check. R.E.M.-style songwriting, check. That all being said, the band - while they did devolve into pseudo-Hootie alternacrap with their more recent post-1993 records - did at one point seem set to challenge the Smiths and R.E.M. for most favored status on college radio station playlists.

Their debut LP, 1985's Darker Days, is perhaps the most derivative of all - though some argue that they shared the same influences as the Smiths/R.E.M., hence a similar sound. But singer Doug MacMillan has admitted to a Morrissey/Ian McCulloch (Echo and the Bunnymen) fixation around this time, which would account for his strange vocal stylings on this LP that he'd soon abandon for a more gentle, less affected style.

The songwriting on Darker Days is top-notch though - and it's also very hard to find these days. So I'm presenting it here, slightly modified from the original release. It has some would-be-classics-in-an-alternate-universe such as the title track, "Hats Off" and the New Order-meets-R.E.M. vibe of "Dial It".

The band self-released it Stateside on their own label Black Park Records, and around the same time released it in the UK as well, on Demon Records. The tracklistings were different, and each release had a track the other didn't. I'm particularly fond of the UK tracklisting, however - it flows better and is a better introduction to the band. So what I did is re-create the UK tracklisting, and added on (as the final track) the track that was NOT released on the UK variant initially. (The later US release on TVT followed the original Black Park tracklisting.) 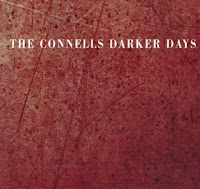 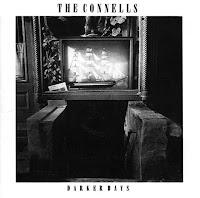 Track 05 from the UK vinyl on Demon

If you wish to hear the original US tracklisting, you would have it so:

Sometimes you own a record, you even like it, you listen to it off and on for almost 20 years, and then suddenly it clicks: The record you've liked for so long, is actually a masterpiece. Bits and bobs that you'd just hummed along to as the notes flew past, suddenly found their place in the collage of noise. And you wished the music never ended. 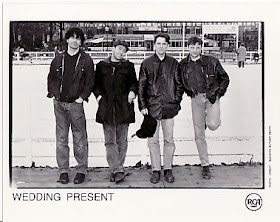 The Wedding Present record Seamonsters, from 1991, is that record for me. I've owned it since it was released in 1991, on import since at the time it had no US release. I liked it for two reasons: 1) singer David Gedge, while a terrific songwriter, can't sing his way out of a paper bag - just like yours truly; and 2) it was recorded by Steve Albini. But for almost 20 years it stayed just that - a record I was happy to own, but didn't get more than the odd listen over the years. Then one day "Suck" came on the ol' iPod and suddenly I was transfixed. It just was "one of those moments", I can't really explain it. The same with "Carolyn" with its oddly-Mancunian groove, the same with "Dalliance".

The rest of the record suddenly became the same way for me. Not a duff track in the bunch, I even loved the B-sides tacked on by US label First Warning to differentiate the record from the import version that had been in the shops for some time prior to the eventual domestic release.

I think Steve Albini has that magic "something" when it comes to engineering records. Nearly every record he engineers has that same "in your face" feeling, you often feel as if you're RIGHT THERE between the Marshall stacks or Hiwatt cabinets. The drums in particular sound spectacular on just about every Albini recording - I would kill to hear the drums soloed at the console one day.

So I went back and eventually tracked down every song the Weddoes recorded with Albini - and here they are, in their entirety. Starting in 1990 with the re-recorded "Brassneck" (originally recorded and released on the 1989 LP Bizarro) backed with three other tracks (including a song written by then-unknowns Pavement "Box Elder", a track discovered by Weddoes bassist Keith Gregory when visiting New York City in 1989, before virtually anyone had heard of Pavement), Albini went on to engineer the vast majority of Wedding Present sessions up to and including their third LP Seamonsters, released in 1991.

So first we have the "Brassneck" EP with its associated B-sides. Then, we get the "3 Songs" EP which introduced the classic "Corduroy" to the world - a re-recorded version would feature later on the LP. Then, we get the B-sides to "Dalliance" (the lead single off their forthcoming LP), and then we get the Seamonsters album proper. Then we have the "Lovenest" single in its entirety, and then lastly two more covers also recorded by Albini.

This collection of material is stunning in its breadth and power. The Weddoes, in your humble blogger's opinion, never bettered this material featured here - I'm even including their most recent record that has the Weddoes name on it, and was recorded by Albini, but doesn't rate at all. 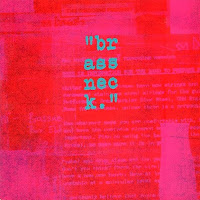 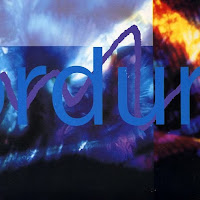 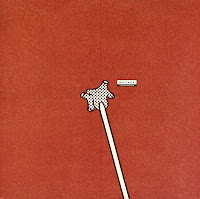 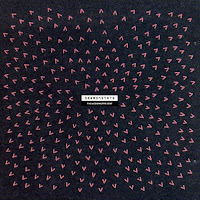 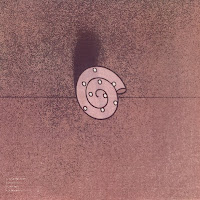 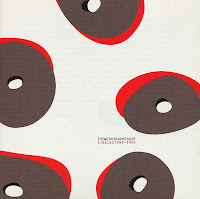 EDIT: Links removed... why? Because I was honored with my first DMCA notice! Way to go, TPoIT! Only took three years...

Earlier on your humble blogger blogged the Minutemen - amongst postpunk's most holiest of bands. They suffered their untimely demise with the sad passing of guitarist/singer D. Boon in a car wreck in late December 1985, in the Arizona desert.

Guitarist and Minutemen fan Ed Crawford, from Ohio, couldn't bear to see the remaining Minutemen musicians Mike Watt (bass/vocals) and George Hurley (drums) - a legendary rhythm core in their own right - out of the music scene. So having found Watt in the phone book, Ed picked up the phone, called Watt, and eventually wound his way to San Pedro, California to seek an audience with Watt and Hurley. The three musicians eventually formed fIREHOSE (the name taken from Bob Dylan's "Subterranean Homesick Blues"), with Crawford (soon christened Ed fROMOHIO) on guitar and Hurley/Watt in their traditional roles. 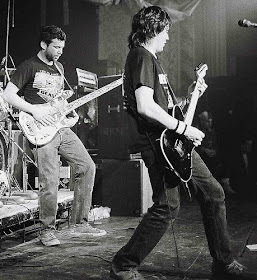 Ed fROMOHIO was no match for D. Boon when it came to guitars, so he didn't even try. Rather, Ed approached his songwriting from a more folksy perspective, influences ranging from Neil Young to the legendary Elizabeth Cotten's fingerpicking style.

fIREHOSE recorded three alterna-classic albums for SST Records before jumping ship to major label Columbia in 1991. This entry focuses on their indie years; the two major label LPs on Columbia had their moments but are nowhere near as essential - and exciting - as their SST product. Ranging from punk to No Wave to Lemonheads-y pop to Nick Drake folk to their own style of punk jazz, each record is different and each one a stylistic growth from the previous release.

I saw fIREHOSE quite a few times live back in the day - all prior to their departure from SST. You will not find a more humble, genuine guy than Watt in this business. And you will not ever find a bassist break more bass strings in 90 minutes than Watt either. I miss this band, I miss Watt's spieling from on stage, but most of all, I miss the energy and excitement these guys always brought.

Anyhow... on with the music! 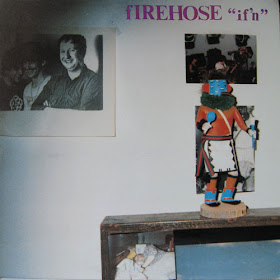 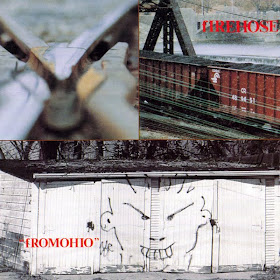