This weekend marks an important milestone for the blog, necessitating a critical rethink of my objectives, future postings and considerations of "what should I post?".

You see... this weekend I learned that my next (or very shortly thereafter) post will be done with the full consent and cooperation of the band I'll be blogging. Not to give any spoilers, but the record I will be blogging has never seen any sort of widescale (or even mediumscale) release, and I'd never heard it - despite seeking it for 20 years - until this weekend when I finally landed my mitts on a copy. This band in question has experienced the trials and tribulations of being on a major label, as well as doing quite well as an independent-label band. They've, suffice it to say, been around the block.

One thing led to another, and what it comes down to is that the band in question will be writing liner notes for the post. What I've asked for is a detailed track-by-track breakdown of the recording sessions, their thoughts on the song(s), etc., but whatever they choose to give me, I'll be grateful for and post. Furthermore, the band has gracefully given their consent for the blog to host this record in lossless format (FLAC). I'm pretty excited!

What this means, though, is that a *lot* of the records I've posted, either as whole albums, or in the various compilations I've posted, were made by friends of the band in question. While the vast majority are out of print, a few aren't, and the ethical blogger in me tells me to remove the links for those records in print. And the ethical blogger in me also is voicing, quite loudly, concerns that I should take a *very* sharp look at what I will be posting in the future. Is the blog entering a new period of semi-legitimacy? Should I wish for this burden?

Now I've already blogged this band before, and they are aware of it. Fortunately the record(s) I've blogged are out of print!

Please share your thoughts about this whole "what this means going forward" bit. Very curious to hear the reactions!
Analog Loyalist at 3:46 PM 10 comments:
Share

Way back in the beginning of time, I blogged this band. Made some noise about posting a complete discography or somesuch.

The discography was (relatively) nowhere near complete. Oh, I didn't miss anything "major", but I've since obtained at least another half-dozen tracks that should have been in the previous post.

Don't let anyone tell you The Power of Independent Trucking doesn't fix its errors ;)

So as long as we're fixing errors, we may as well post the 99.9% Complete Discography of this woefully underappreciated Manchester band, but this time we'll do it right and in FLAC no less.

And I'll come clean: The reason this is only 99.9% complete is that there are a couple questionable 7" edits out there that may or may not be relevant, and there is one last track available on some mega ultra rare compilation that they've all probably disintegrated by now (a track called "Don't Fake Mine" - if any reader has it lossless, please let me know!).

If I do locate any additions to this compendium, I will certainly post them, fear not.

So onward. Let's do this Factory Records band (that never was on Factory, but reading the names of persons involved in all aspects of this band's existence you'd sure think they were a classic Factory act) justice as all their records are LONG out of print, and they need to be heard.

It's long been my opinion that that this band, with the right label or anything beyond total label indifference (hello Virgin), could have escaped Madchester intact as the Charlatans did. They weren't simply a product of their time (listen to the music), they had gobs of talent, and the songs to go along with it. They had everything needed to be a mini-New Order (minus Hooky). They had New Order's engineer producing their records (Michael Johnson), their original label came from a strong Factory/New Order background (their initial label Sheer Joy having been started by an ex-Factory Records employee), they had that really nice blend of electronics and acoustics so wonderfully exploited by the best New Order tracks. They received dancefloor play at the Hacienda, and gigged there too (in fact the Hac is the reason I first became aware of this band, when a mate heard "Perfume" there well before release in 1990 and couldn't stop gabbing about it for months upon return to the States). They even had half of Factory's nearly-in-house design team (Craig Johnson of Johnson and Panas, who did a LOT of design for Factory and Electronic in the later years of Factory's existence) which often gave Peter Saville a run for his money (see the "Perfume" 12" cover, nearly iconic in its own right - which I've re-engineered below to serve as the cover for this compilation).

So that this band has been utterly neglected for the past almost 20 years is beyond my simple grasp. It's borderline criminal. Someone needs to step in, license these records, and give them the proper reissue treatment they deserve. Their entire catalog - the whole damn thing - has been out of print for nearly every single one of these past twenty years. It's shameful.

1) New mixes "discovered" of their classic, best track "Perfume", including one which very quickly became my by-a-thousand-miles favorite interpretation of the track. I'm speaking of a previously-unknown (to me) mix called, simply, "Perfume (version)" which was tucked away as the extra track on the 12" vinyl release of their debut single. It is, in a word, spellbinding. As brilliant as I believed the "original" mix (simply entitled "Perfume" no modifiers) to be, the "(version)" variant beats it in all possible ways. How? By knifing out the sequenced drums and focusing on the nearly Steve Morris-esque drums buried in the "original" mix. Secondly, the "(version)" variant has a quite lovely harmony/alternate vocal line from other singer Jane starting about midway through the track that all other variants sadly lack. All put together, the "(version)" variant is the perfect "Perfume". And now here it is, in glorious mastered FLAC, mastered from original vinyl, and spotlessly mastered at that. Not a clue at all it's vinyl sourced.

2) The only two *released* BBC session tracks now are included - a track from their first Peel session in September 1990, and a track from a Mark Goodier session in October 1990.

3) Remixes from their last-ever single, "Fade", now included. Also included is another vinyl-only mix, the "Fade (Part 2)" mix, which was the extra track on the "Fade" 12" vinyl single, like "Perfume (version)" spotlessly mastered from original vinyl.

4) And yet another vinyl-only track, an alternate edit of "Perfume" which was titled and released as the extra track on the Virgin re-release 12" as "Perfume (summer version)". This is simply an edit of the Virgin-spawned "Perfume (all on you)" and really here for completist sakes only, I don't see people wanting this as their only example of this track. Again, mastered from original vinyl, and spotlessly mastered at that without a clue of vinyl lineage.

5) All the Virgin-released "Perfume" mixes were mis-pitched. I've fixed them. Specifically, "Perfume (loved up" / "Perfume (all on you)" / "Perfume (summer version)" all suffered from incorrect mastering, at the wrong pitch.

See the prior post for the illustrated discograpy, I'll just run down the tracklisting and at the end, detail out lineage. 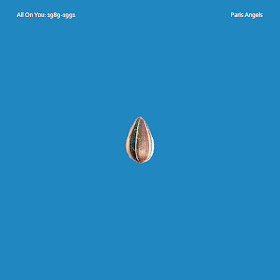 All the above in glorious lossless FLAC, gently remastered by your host, here! Warning - it's spread across 12 RAR files.

****** SPECIAL EDIT ******
a kind reader forwarded on a lossless rip of "Don't Fake Mine" from a various artists compilation, could be the rarest Paris Angels track! 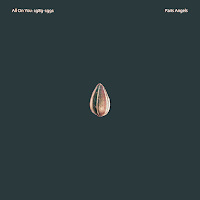 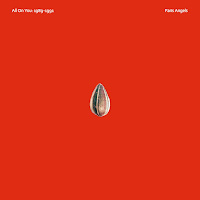 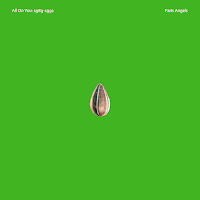 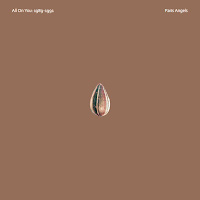 I don't think this needs any introduction. 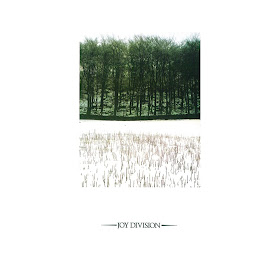 JOY DIVISION
A Recycle Sampler
Selections from the Recycle project
including one track completely unused in the "official" set!