Fartpants: The Legacy of Iain Burgess

Iain Burgess died on Thursday, February 11, 2010 from complications due to pancreatic cancer. 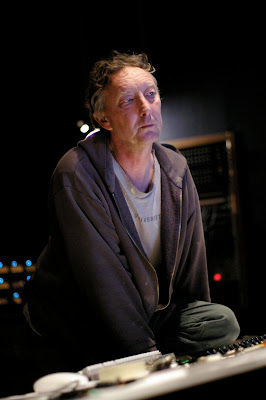 He left a lasting legacy behind in the fantastic body of work he engineered, recorded, or produced, as an "architect" of the 1980s "Chicago Sound" style of melodic post-punk.

Iain came to Chicago from his native Weymouth, England just in time to witness the birth of a scene, and have his own hand in shaping and defining it.

Striking a deal with the owner of the megacorporate Chicago Recording Company studio in Chicago's pricey River North neighborhood, he would record bands in lightning sessions from the close of business on a Friday night, vacating just in time by the following Monday morning for the studio's corporate ad agency clients. These bands defined a scene, a style, an ethos. The scene spawned Steve Albini, for starters - and to this day Albini credits Iain for jumpstarting his own engineering career.

Iain's characteristic sound was once defined as the sound of a tank driving into World War III. The guitars are amazingly loud and in-your face, and the drums are often massively powerful. Yet each instrument had its perfect place in the mix - the style of music Iain typically recorded could just as easily have been one muddy, anamorphic mess (see Spot's SST productions). But what often resulted from these "bash 'em out" breakneck weekend recording sessions are pictures of clarity. Many an engineer can learn plenty just by listening to Iain's resume.

Iain lived out his dreams by relocating to provincial France and built an amazing residential studio complex, called Black Box, in the mid 1990s. While not as active as he was in the 1980s/early 1990s, Iain still hosted bands and engineered the odd session at Black Box even through this past January. 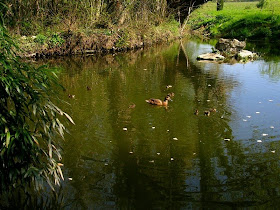 It's really something how so many of my very favorite, or very sentimental, records from my teenage years have Iain's name printed on the back. It almost became that if it had Iain's name anywhere in the credits, you just knew it was gonna be good.

So in the spirit of the blog, I've put together a bracing compilation of selected works from Iain's long resume. While nowhere near definitive - not even in definitive's city - this collection is as good as any of an introduction to Iain's amazing talent in capturing the sound of an era.

The majority of these tracks were recorded by Iain and produced by him as well. A couple of them, namely the Rapeman and Nina Nastasia tracks, were only engineered by him - yet his fingerprints are all over the tracks. Nina Nastasia's selection was recorded at Black Box with Iain and Albini handling the recording.

Why "Fartpants"? Because Albini gave him that name long ago. Better than "Rumbleknickers", I suppose, which Pegboy calls him in the liner notes to their Strong Reaction / Three-Chord Monte CD.