Two sessions were recorded for John Peel, at the legendary BBC Maida Vale studios: a set in the Goat timeframe on February 24, 1991 with BBC producer (and former Mott the Hoople drummer) Dale Griffin, and one in the era of Liar on September 27, 1992 with BBC producer Nick Gomm.

Mutual blog friend Chunklet posted the '91 session as MP3s some time back on Chunklet, which drew a companion blog response from none other than tJL bassist David Wm. Sims.  Among other tidbits and musings on the Queen, Sims offered a recollection of the moment when the band, after recording basic tracks, marched into the control room to have a first listen with producer Griffin.  Griffin's response?  “It’s certainly not music for pussies, is it?”

The thing is, the final mixdown of both sessions (granted, as per custom most Peel sessions had the band track, mix and edit everything for that particular session over one grueling day, not slaving weeks over the mix etc.) didn't really force the point home that it certainly wasn't music for pussies.  When I listen to the Jesus Lizard, I like that it's the aural equivalent of thumbscrews to my head.  I hate the term "slamming" with regards to music, but really, that's what this band sounds like at its very best.  The Peel recordings almost sound neutered, perhaps so Granny won't run for the hills after walking into the kitchen, when she realized little (insert very English-sounding boy's name here) left the kitchen radio on playing Radio One's Peel program?  While excellent, the recordings just don't really compare to the albums recorded with Albini with regards to overall sonic impact.

So, I got to work.  Following mastering engineer Bob Weston's recipe for when he and Albini remastered the tJL Touch and Go records for the 2009 reissues, after a 10k bump and cranking the limiter, here we are.  Joke!  Joke!  (Weston, when asked on the Electrical Audio forums what he and Albini did (if anything) to the material when remastering it, replied as an inside mastering engineer joke "10k bump and crank the limiter" - a wry remark as to what often happens when your favorite record is remastered and trumpeted as the latest and greatest...)

Seriously, I did pull some tricks and magic dust and really worked on the overall sonic impact of these sessions.  They now very comfortably sit within the band's overall (Touch and Go) catalog, convincingly not being "music for pussies".

I am, as last time, posting this as FLAC.  This really needs official release and I do hope that if it ever comes to pass that this does get an official release, they don't use the raw material as-is but consider what the band is and present the record as such.  I would expect BBC engineers probably have better tools at their facility than I do with regards to mastering, but then again, I don't lose David Bowie one-of-a-kind broadcasts either... 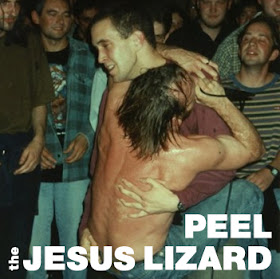